Shining Star has been a huge success in 2001 and it has been composed by no other Hitmaker CJ Stone.
CJ Stone based in Berlin is a DJ and Producer for more than 20 years he’s also responsible for chart breaker as Infinity, the Stone & van Linden Charthit Summerbreeze, and also stands behind Projects like Shaggys`s EM Anthem Feel the Rush or Oceana`s Endless Summer.

After so many Years composing Charts breakers in different Country`s as Germany, Poland, Austria and more…
CJ Stone decided to Give YOU the opportunity to remix one of his biggest Hits of all time, and get a Release under your name named right next to this World known Hit Producer.
So go on and get the Stems, we are very looking forward to it to hear your creativity. 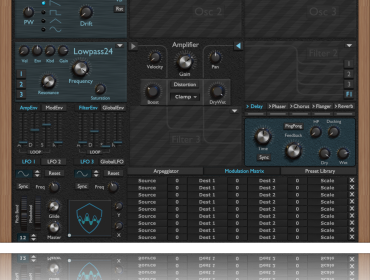 Odin 2: A Synth to Please the Gods The sound of this 24-voice polyphonic beast will take…